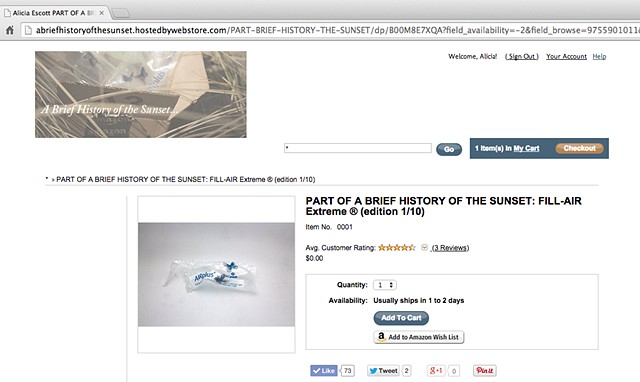 *Part of A Brief History of the Sunset*

(Screen shots from the temporary online amazon e-commerce shop.)
The site was fully shoppable, artworks were temporarily "sold" for $0.00 + shipping.

A Brief History of the Sunset: is an ongoing site-specific project made in response to the location of the artists studio, in the Outer Sunset district of San Francisco. The basis of the project are hand rendered drawings of the extinct Xerces Blue Butterfly on plastic air pillows.