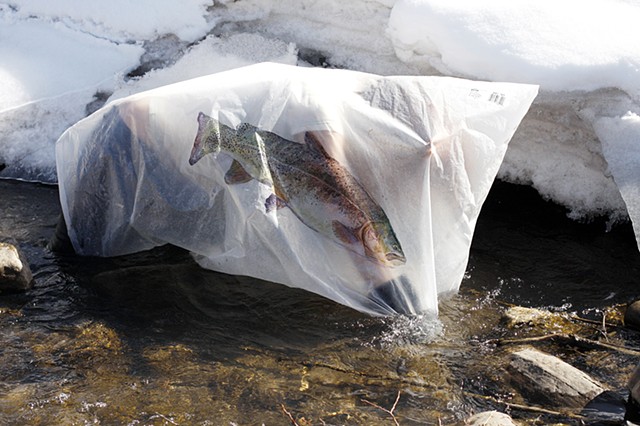 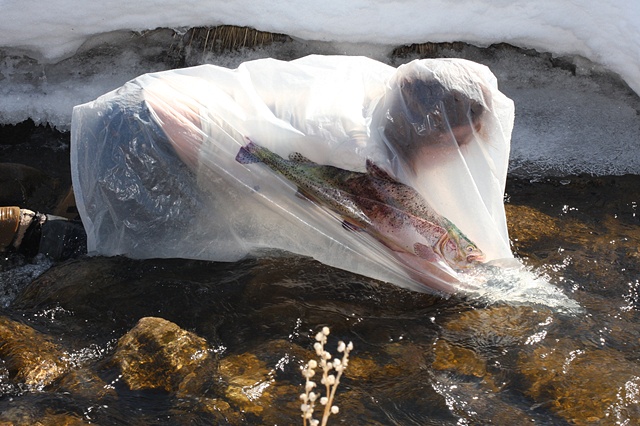 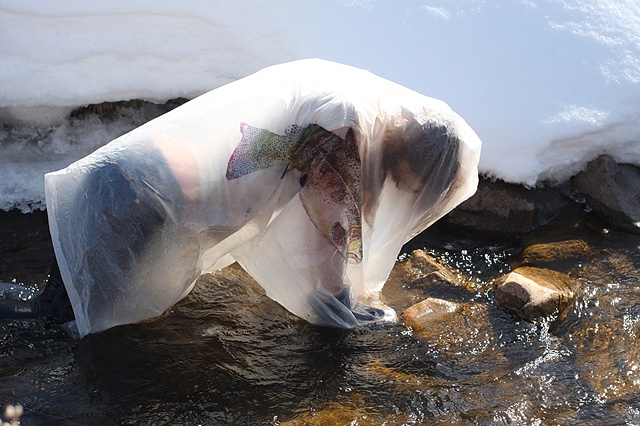 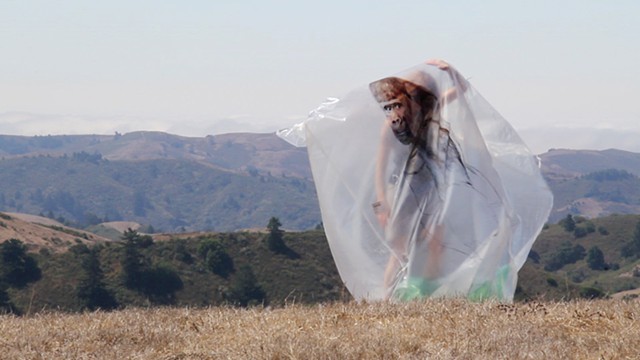 The crowd had rushed together, trying to stay warm... 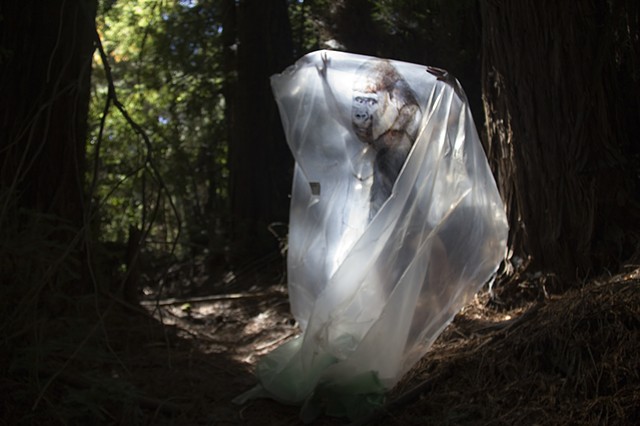 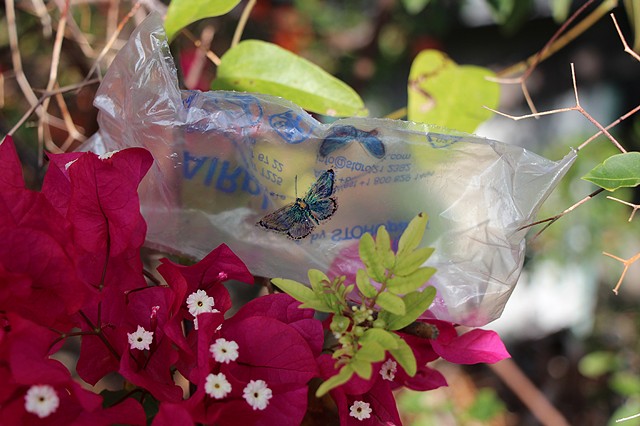 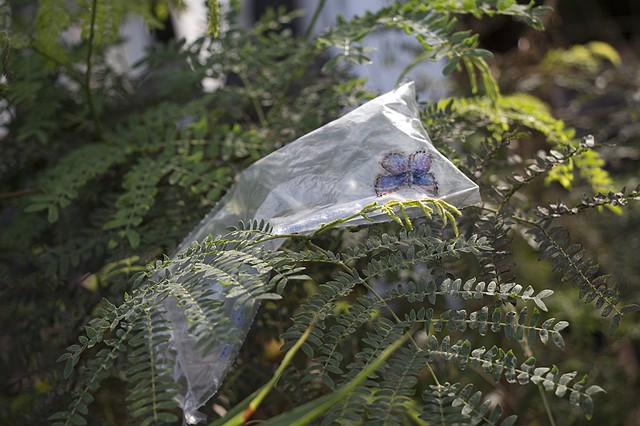 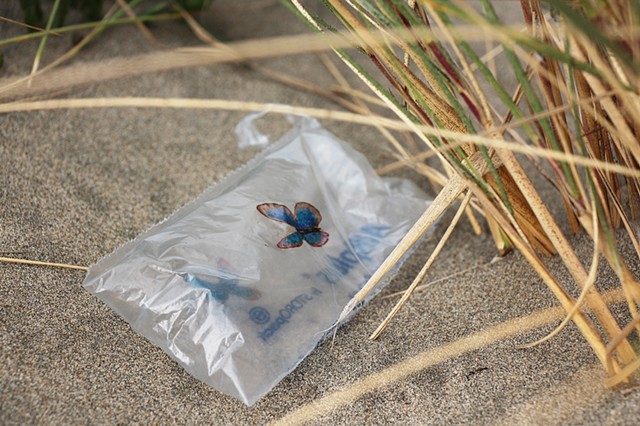 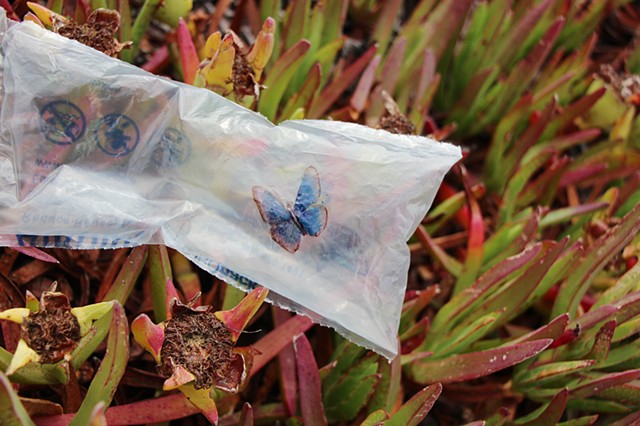 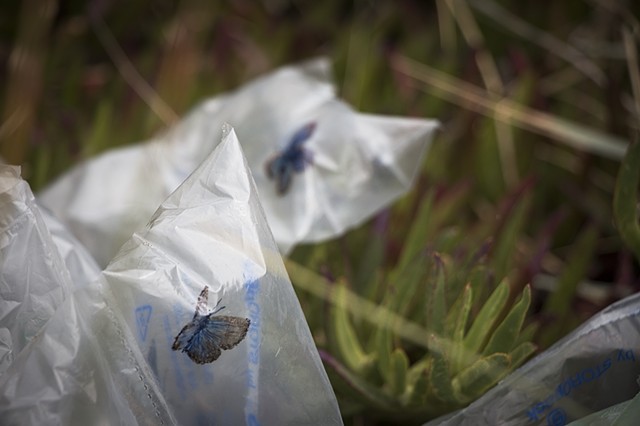 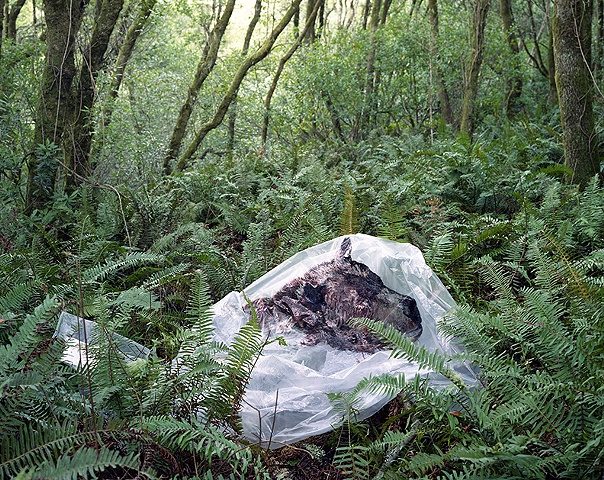 Bear Relocation Documentation #2:
Last night, again, you were in my dreams.... 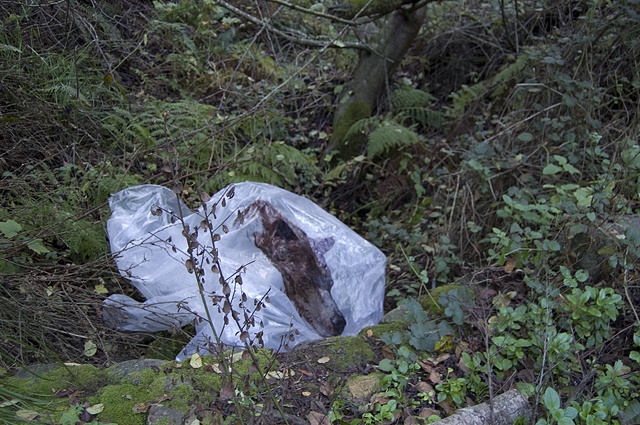 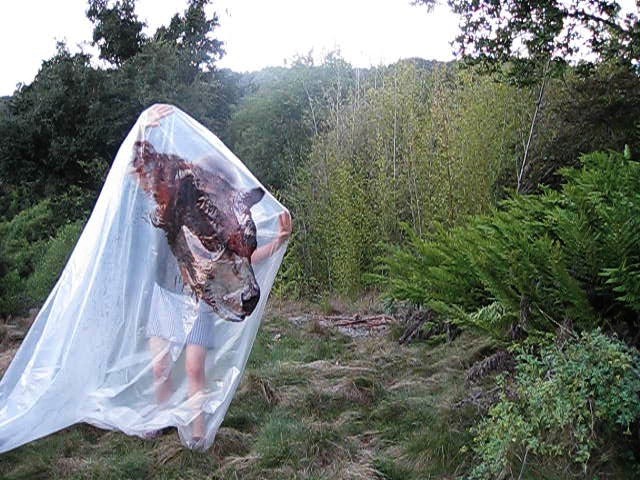 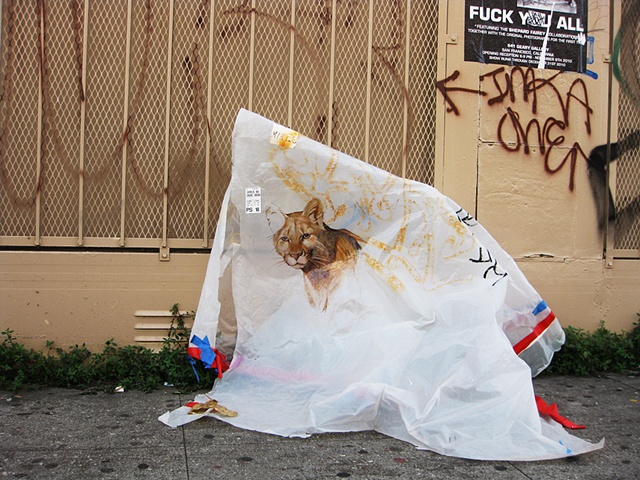 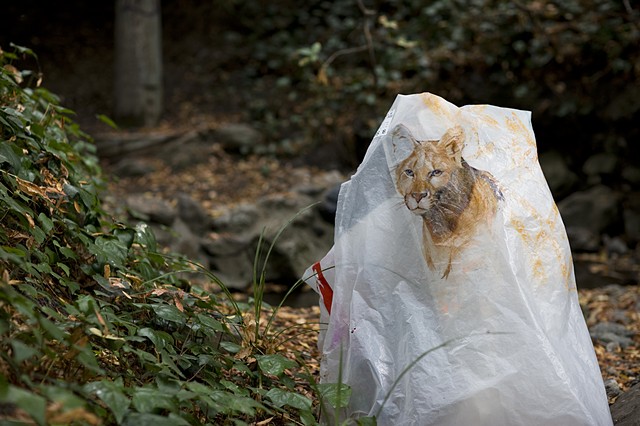 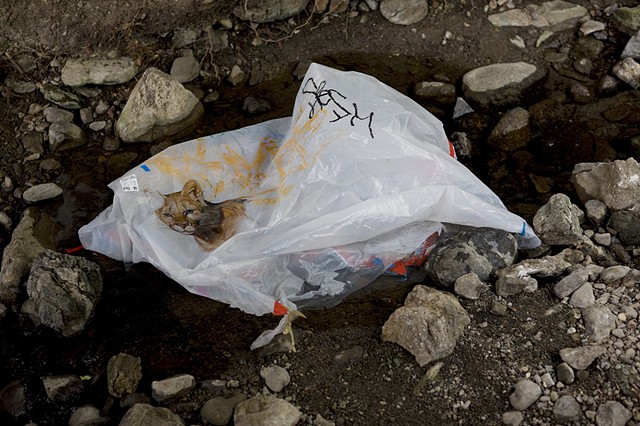 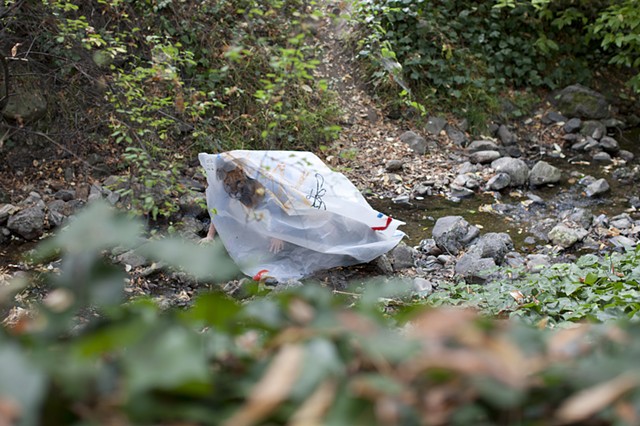 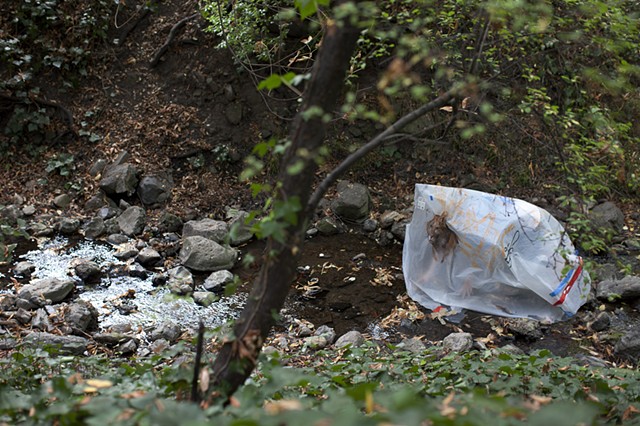 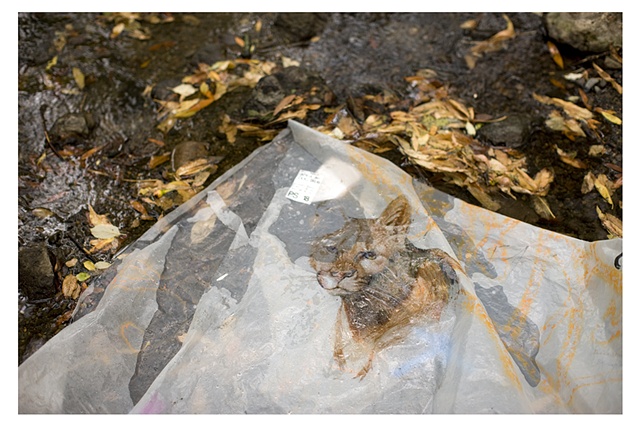 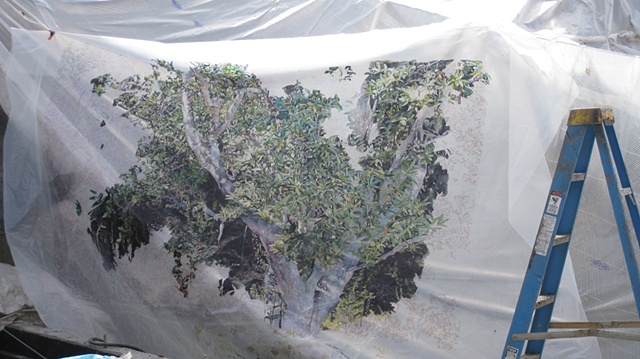 "We Are Not Certain, We Are Never Certain" - Albert Camus 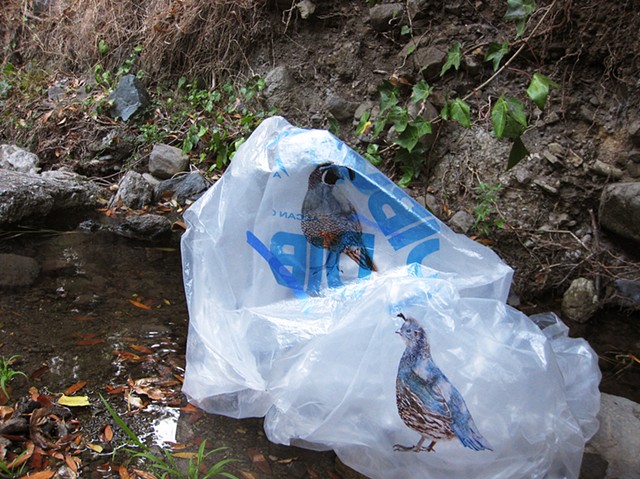 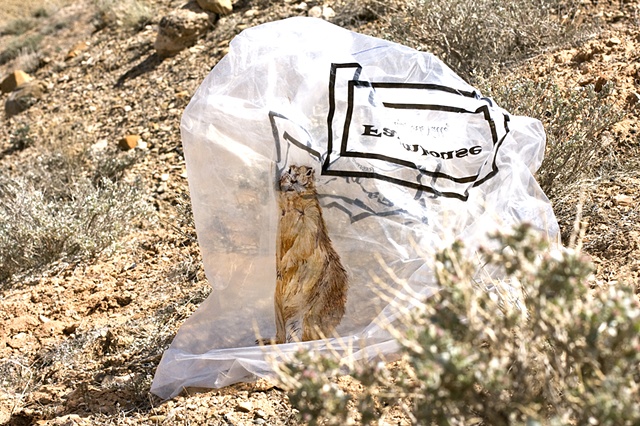 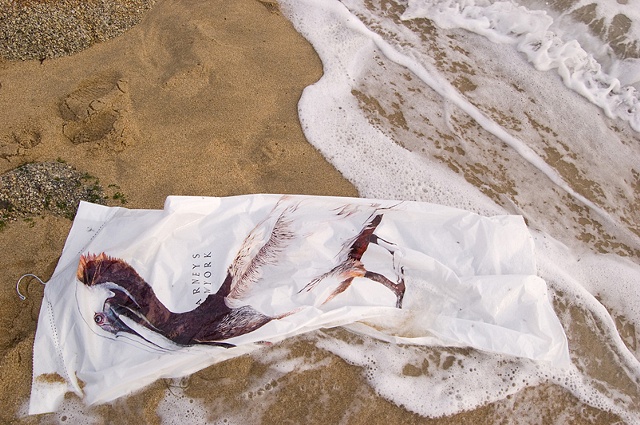 I use plastic packaging in my work as a metaphor to discuss the essentialization of the living into an image, brand or signifier.

The animals I choose to work with when I am making images are all animals who’s images are used politically to brand or advertise a place or an idea— the realization of which has caused that very animals decline (The California grizzly remains the state animal though the last grizzly in the state of California was shot in Sequoia National Park in the summer of 1927. Cape Cod is named such after an over abundant stock of 6 foot long fish who’s stock has long since been decimated, this is also where the area drew its wealth)