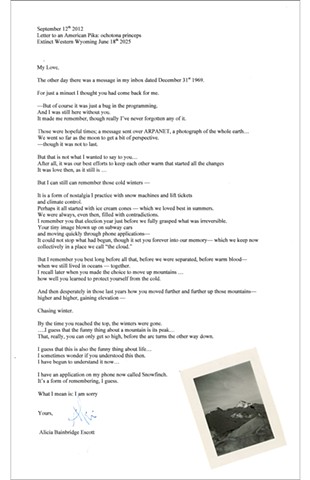 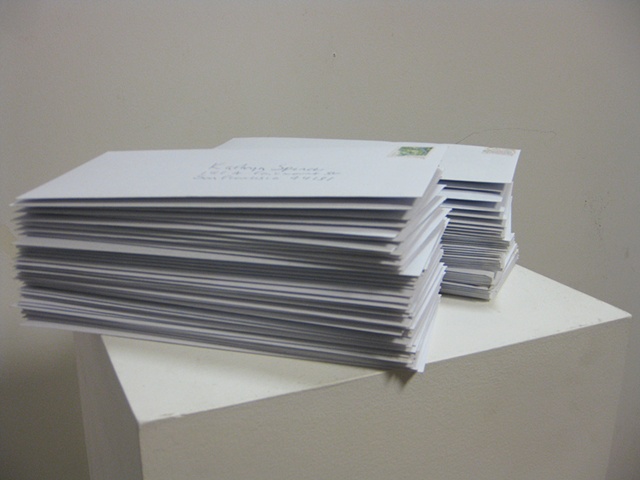 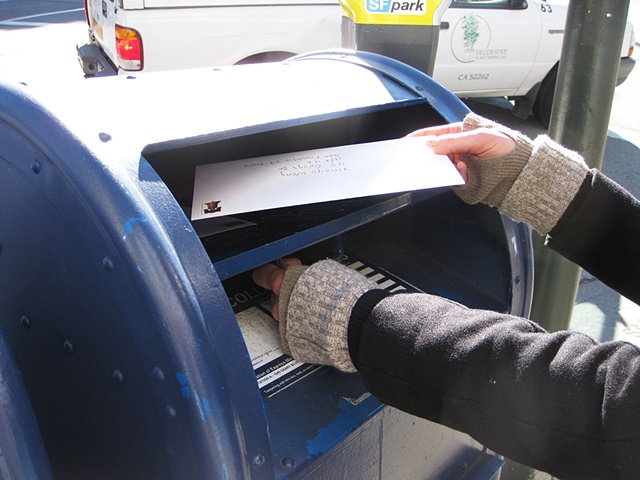 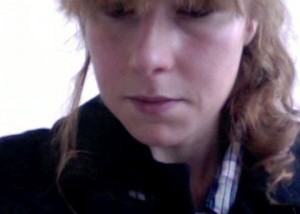 Love letter to a Brontimerus Macintoshi read over video chat 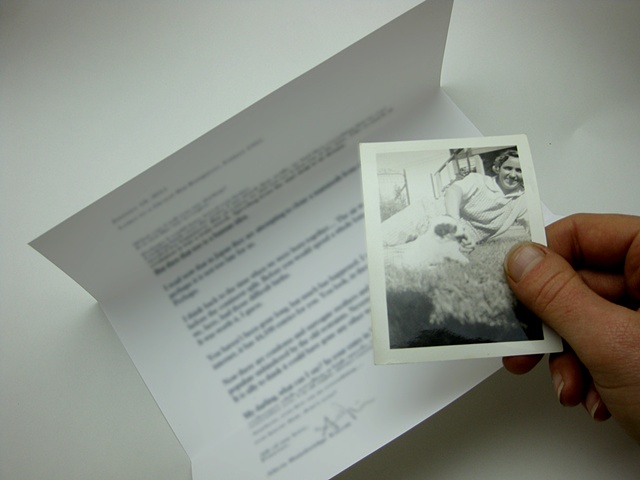 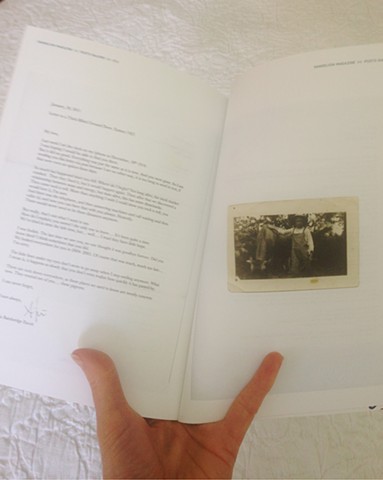 An ongoing body of work begun in January of 2011. The letters are written to extinct species— addressing the animal as lost lover, telling them about everything that has happened since they’ve left: like the internet or rock n roll music. The letters are sent via the post office to people without their prior knowledge. If you have received a letter and would like to mail a response, my mailing address is:

Responses will be given full credit to you, the author, if they are selected for publication.

Extinct species are looked at very broadly in this work, letters have been written to bacterium even eradicated viruses. I am addressing not only the 6th great extinction, but issues of interconnectedness, and a longing for a time when all life was united, and a chance to look at love over an evolutionary or even geologic time frame rather then through a human scale. Occasionally I will read the letters over video chat, and the subsequent works are shown as videos in galleries. The aim of these works is to look at romance in geologic time scales-— collapsing the lineage of evolution, thereby illustrating evolution, re-telling the stories of our civilization. The projects employ my vulnerability and a perceived voyeurism as a means of discussing radical topics and revisions of history. If you would like to see more videos contact me for a private link.

The materials and methods of this project are all those that are in decline: books, printed photographs, letters sent in the mail. Yet at the same time at their essence they are more prolific then ever. Images are being generated at an astounding rate, we are in closer written communication with people in our lives then ever, and information in more readily available then anytime in the past.

Yet we are also dealing with enormous and rapid change and loss. There is a recent term in psychology referencing the experience dealing with the emotional disquiet of dealing with the specter of ecological devastation, this term is solistalgia and it is some of what this project is about: a reckoning and recapping. This project has as much to do with science fiction as environmentalism. Extinct species, in the context of this project are looked at very broadly (letters to exterminated diseases, a Neanderthal, and the ‘last universal common ancestor’ are included— as well as more literal and understood examples of recent extinction.)

In this way the project deals with our own human experiences of attachment and loss as well as a longing for the time when we were all together. By looking at love through geologic and evolutionary time scales this project also zooms out on our ideas of love family and community to examine the interconnectedness of all things.