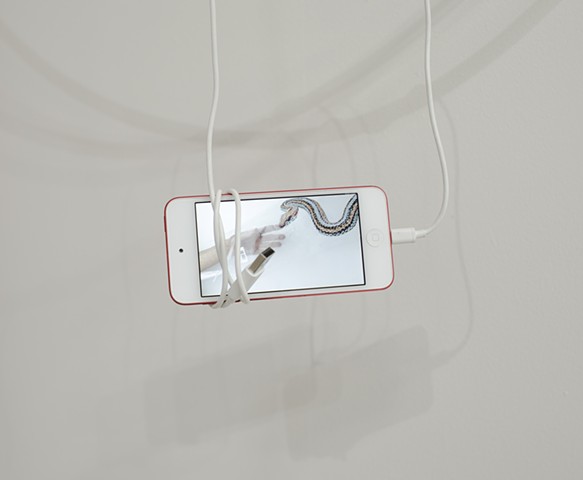 Alicia Escott is an interdisciplinary artist based in the land we currently call San Francisco, she/they practices in solidarity with thinkers across fields undoing the construct of “nature” as a thing separated from us and our world. Escott work is informed by how we each are intimately negotiating our immediate day-to-day realities and responsibilities amid an awareness of the overarching specter of climate chaos, mass-extinction and the social and political unrest this rapid change, unprocessed grief and latent anxiety produces. Her work seeks to make space for the unspoken individual and collective experiences of loss, heartbreak and grief. She/they approach these issues with an interstitial practice that encompasses writing, drawing, painting, photography, video, sculpture, social-practice, and activism. She feels nostalgia for the Last Universal Common Ancestor from which all life on earth is descended when we were all connected— but lucky to be born in a moment of unprecedented species diversity that she has witnessed diminished in her own lifetime.

Escott’s work has been shown in over 100 art institutions, galleries, museums and alternative spaces. and reviewed in Momus, The San Francisco Chronicle and others. Escott is a founding member of 100 Days Action who were a recipient of the 2017 YBCA 100 List Award. She is half of the Social Practice Project The Bureau of Linguistical Reality that have been featured in The Economist, The New Yorker, The San Francisco Chronicle, KQED, ABC News and others. She works Nationally, Internationally and locally.